In January, Mindy Goldstein, Senior Vice President, financed a $6.8 million first mortgage and a $500,000 line of credit for 400 East 77th Street Owners, Inc., a 146-unit co-op located at 400 East 77th Street in Manhattan. Located in the southeast corner of the Upper East Side, this 18-story and cellar cooperative was completed in 1965 and incorporated in 1982. The anticipated capital improvements for the cooperative include Local Law 11 and a new chiller.

In February, Harley Seligman, Senior Vice President, completed a $4.5 million first mortgage and a 300,000 line of credit for 36 Hamilton Avenue Tenants Corp., a 116-unit co-op located at 36 Hamilton Avenue in Staten Island, NY. The six-story apartment building was constructed in 1960 and incorporated in 1986. The cooperative has completed several recent capital improvements at the site, including: a new roof, façade work, painting, new flooring, new lighting and a backyard sitting and barbecue area.

In March, Mr. Howe, financed a $12 million first mortgage and a $1 million line of credit for 3135 Johnson Tenant Owners Corp., a 120-unit co-op located a 3135 Johnson Avenue in Riverdale, NY. The 16-story and part 12-story elevator cooperative was constructed in 1954 and became incorporated in 1980. The cooperative is planning a garage renovation project this year, along with other capital improvement projects, including lobby area work and replacement of the entrance doors. 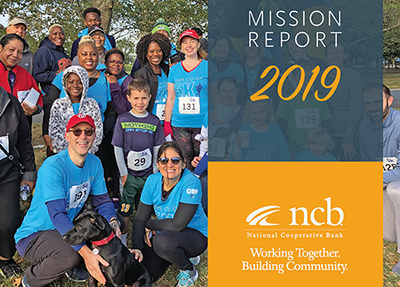