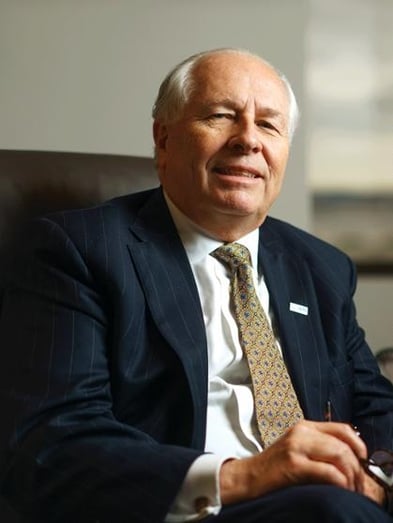 Chuck was born and raised in Pennsylvania Dutch Country and was the youngest of three boys. As a young child, he was given the nickname the “Blockheaded Dutchman” from his older brothers.

Chuck was extremely hardworking from a very young age. He attended James Madison University in Harrisonburg, Virginia and earned a CPA and a master’s degree from George Washington University in Washington, DC.

For 38 years, Chuck led National Cooperative Bank to become a successful, socially responsible bank with a mission to ‘Do Well to Do Good”.

A strong and vocal advocate for cooperative values and principles, Chuck consistently looked for opportunities to advance cooperatives in all sectors and rose to their defense when cooperatives and their business model were threatened. A passionate believer in innovation and collaboration, he served on numerous cross-sector task forces and boards and played leadership roles in achieving many innovative landmarks for co-ops.

Outside of the office, Chuck loved spending time with his family especially on their family sailboat. From the Chesapeake Bay to Florida, Chuck was seen as the captain of the sea.

Anyone that met or worked with Chuck would describe him as caring. He truly cared about people and how he could make a difference in their lives.

Chuck’s lasting impact on the bank, cooperatives, and all who worked with him will be remembered forever.